The punchline was having a free comedy night so we decided to stop by. The host was a young guy, kind of awkward. Overall he was just kind of funny. He had a couple of good jokes but overall he seemed awkward and didn’t have a good flow with his routine, I hope he gets better with more practice. Helen Keaney was the headliner and she was hilarious. We ended up having seats right up front and even joked around with Helen. Then at the end I ended up winning a $20 gift card too! 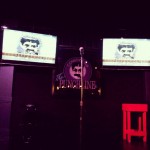 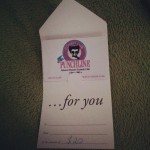